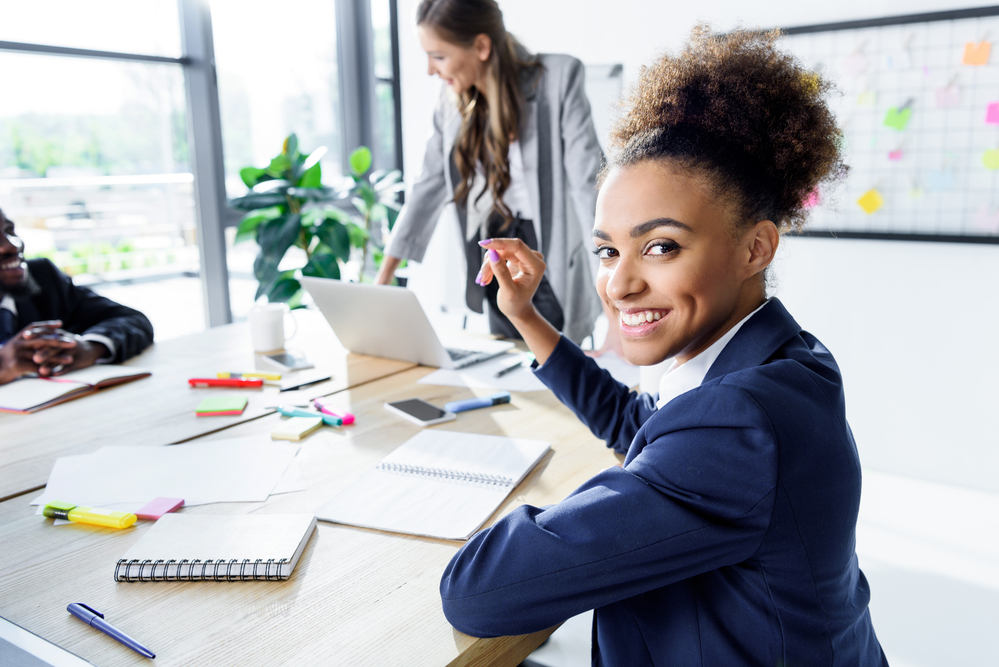 One day, we spotted a neighbor tapping away in her backyard on a stenograph, those goofy little mini typewriters used by court stenographers. When we inquired what she was doing, our 30-something friend said although she still liked her librarian job, she wanted to diversify her skill set in case she ever wanted to leave. “And also it’s kinda fun,” she said.

In reality, the leap from librarian to stenographer isn’t really that huge. Both require being quiet and attentive, paying attention to detail, and good organizational skills. It’s a great example of retraining for a job where your skills can transfer. We don’t know what our friend makes as a librarian, but stenographers make on average more than $53,000 annually. Most could even freelance for depositions in private cases and make almost double that salary. It’s the kind of job that flies under the radar but apparently stenographers are always in demand.

Don’t Shoot for the Moon

As for steady careers, public or private, the best paying are almost all doctors:

However, you need decades of training to succeed in these professions—loads of specific skill building courses, certifications, licenses, etc. These aren’t exactly easy jobs to switch to midcareer.

The above jobs may be hard to switch in to, but fret not! There are many great positions out there that need the skills you have, or that you could relatively easily acquire. An office manager for a small company is not that much different than an office manager for a huge legal firm or medical practice. It’s all about ramping up, networking, and expanding your skills.

The most concrete problem we run into when switching career paths isn’t getting a dream job, it’s that we usually wind up taking a position similar to our current job—the one with the unsatisfactory pay to start with that made us want to leave. But consider switching to some of the career paths below that have the potential to bump up your salary.

Realtor
We know plenty of people who have switched jobs to now sell real estate. It’s relatively easy to learn the ropes and get licensed, and it’s the kind of sunshiny job that makes people happy. Although the market in your area will set the price range—and your pay range—no matter what the real estate market is, there will almost always be sales to make. An old Italian saying advises when things are at their worst, get into real estate: “When there’s blood in the streets, buy land.”

Dental Assistant
This is one of those jobs we don’t think about until the assistant’s hand is inside your mouth. And that’s really the test for if this job is a good fit for you. Are you OK to look into strangers’ mouths each day. If so, it’s fairly easy to get the required degree and training needed.

Financial Planner
While we speculated earlier that it would be difficult to retrain from being an accountant to a movie star, having expertise in tracking and allocating money could, however, easily qualify you as a financial advisor. Whether you join an existing firm or launch out on your own, people with investment skills, knowledge, and good analysis will always be in demand.

Niche Manufacturing
You know those conventions and events you go to where you wear a name tag on a string around your neck? That string is called a lanyard. We heard of a young couple who started a company creating custom lanyards for these events. Through savvy and aggressive marketing, they were soon making more money than they could imagine just from those little neck strings. If you’re a packrat, there’s a good chance you have one or more of their products collecting dust in a desk drawer right now. The lesson to take from this is how to spot an opportunity, even if it at first seems really niche. So keep an eye out for what else can be customized. What else could be made better or cheaper or in a different way?

Life Coach, Teacher, Paid Mentor
If you’ve successfully run your own business, chances are you have developed some invaluable experience. If you have the right temperament, a network, and have a talent for teaching, you may find sharing your knowledge both monetarily and personally profitable. Many young executives find themselves lost and are looking for someone to show them the way.

You’ve heard some of our ideas, but what are some career-shift ideas you’ve been thinking about?

There are hundreds, thousands really, of great paying jobs out there to discover. If you’re looking for a new job, be sure to search the job listings at iawomen.com.