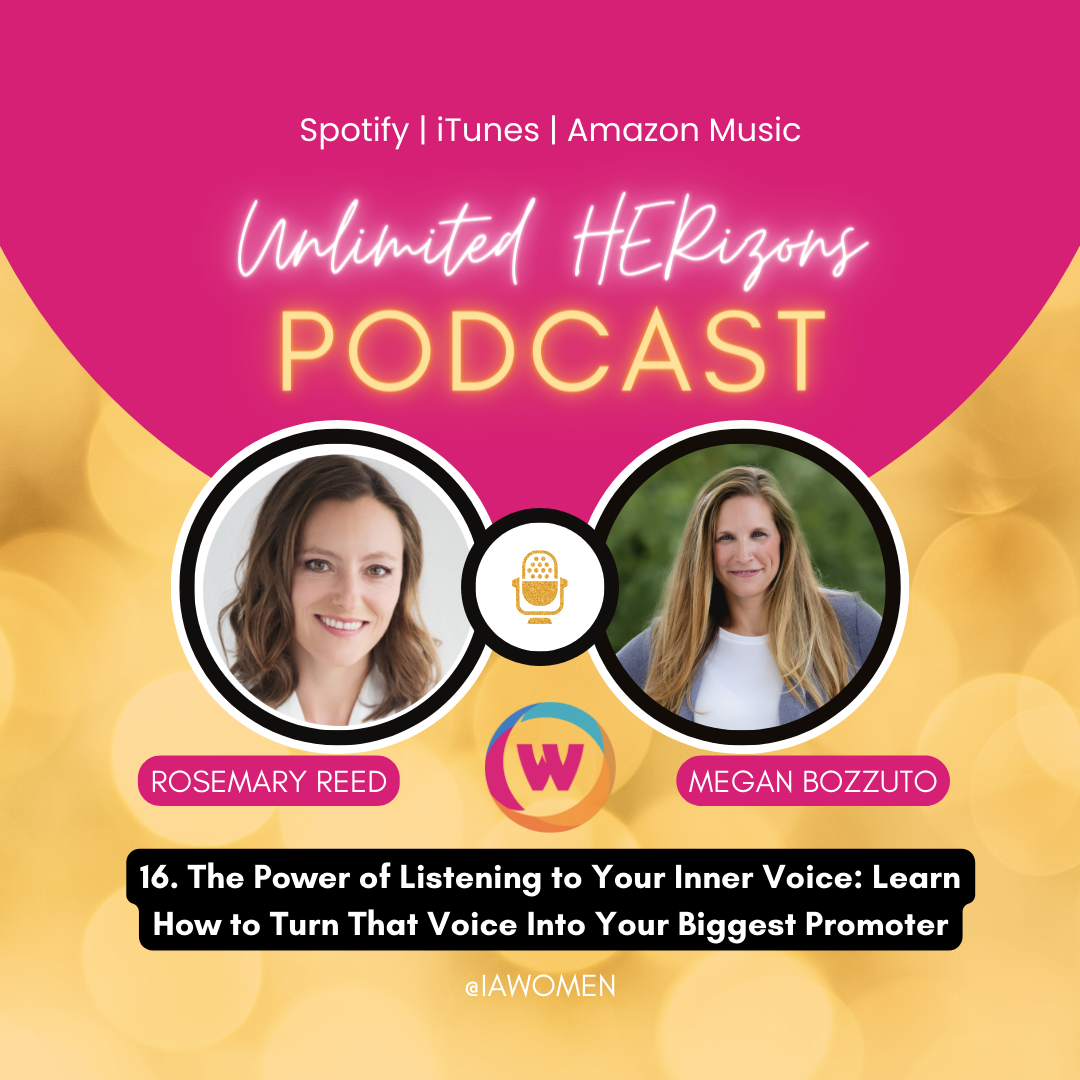 This week on IAW’s podcast Unlimited HERizons our host and president, Megan Bozzuto, chatted with a member, Rosemary Reed, about balancing motherhood and career. Rosemary is a mother, CEO of Commworld San Diego-North INC., and VP of the IAW San Diego Local Chapter.

Yet, she did not plan to be a mother early in her career. “When I went in for my OBGYN appointment at the age of thirty-five, the doctor had a talk with me. If I wanted to do this, I should probably start freezing my eggs. I felt like I was finally getting things going in my career, so that was an eye-opening moment for me. That was before I decided to go back to school, and my husband and I weren’t married yet,” explained Rosemary.

She finished her MBA degree, maintained her job at Commworld, and started trying for children at 38 after discussing it with her husband. Having a kid at that age meant more medical monitoring during the pregnancy. Throughout the process, Rosemary didn’t think about what would happen to her career post-birth. She planned to have a natural birth and return to work after a few weeks. Except her daughter was a breech birth, and she had to have a C-section.

“My daughter ended up coming with me to the office exclusively until she was about one year old,” said Rosemary. Her business partner’s wife came to the office during that time to help out, and her niece also watched the baby while Rosemary worked. It was a unique time for Rosemary as she found continued running Commworld without having to give up being a mother.

Want to listen to Rosemary‘s full story and get more advice? Listen to Unlimited HERizons updated weekly with different amazing professional women telling their stories. All IAW members can connect with Rosemary in the IAW Community!

Listen to Her Full Story Here!