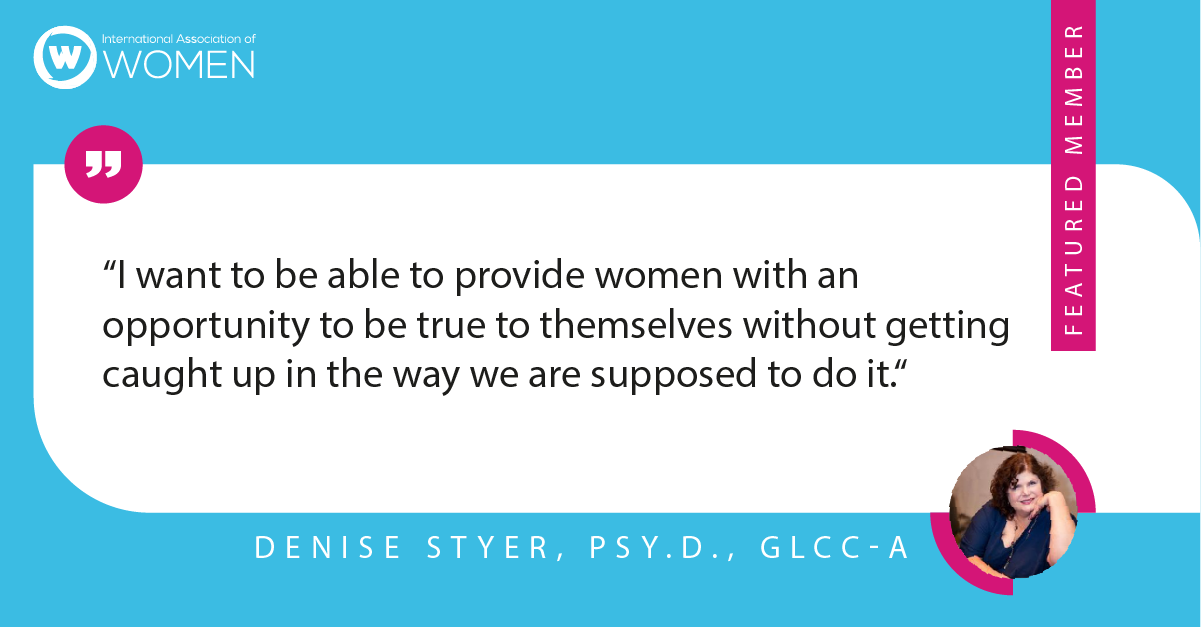 Denise Styer, Psy.D., GLCC-A spent more than 22 years in mental healthcare. After many years working in behavioral health hospitals as a therapist and then as a director of a self-injury and eating disorder program, she’s pivoted to helping women through her coaching practice, in addition to providing therapy. “I kept hearing the same themes of not being enough, needing to be perfect, and not having a voice,” says Styer. That’s when knew she wanted to help women thrive, unencumbered by the boxes society might try to put them in.

As part of her coaching program, she helps her clients assess their values and self-worth, and helps them align those values with how they want to live and work. “I want to be able to provide women with an opportunity to be true to themselves without getting caught up in the way we are supposed to do it,” says Styer.

While coaching and therapy are very different, Styer’s background as a therapist often helps her as a coach. She says that having a therapy background adds another level to her coaching because she understands the dynamics of behavior. Having the knowledge base and research to draw on is an asset when working with her clients. She offers both group and individual coaching and loves the sense of community that the group coaching format can offer. She tries to build a sense of community where women feel safe to share and be vulnerable. “We all want that quick fix,” she says. “But until we do the work, we’re going to keep stumbling and we’re not going to get to where we want to be.”

Her own experience as a woman in corporate leadership has played a big role in the way she has been able to help her clients. She described going into a boardroom and seeing male counterparts receive acknowledgment for ideas she contributed. The lessons she learned navigating a corporate leadership role form a big part of her toolbox in helping clients work through their own challenges. “I want to be able to help other women so they don’t spend as much time going in circles as I did when I was trying to figure out what I was doing wrong when the problem wasn’t necessarily always me,” she says.

While she’s had moments when she had to learn and made mistakes, other times the environment was just not conducive to her success. She wants her clients to recognize the difference between these two situations. Encouraging clients to think about their values, their company’s values, and creating alignment so that they feel secure and happy in their work is part of her coaching framework.

In addition to her coaching practice, she also channels her leadership skills into her position as the president of the IAW Schaumburg chapter. Styer says she jumped at the position when it became available because she loves having the opportunity to lead. She also looks at the position as a way for her to learn new skills and connect with other women. Styer says, “It’s a way for me to receive, but it’s also a way for me to give back.” As a coach and therapist, she wants to help as many women as possible and encourage them to be their best selves. 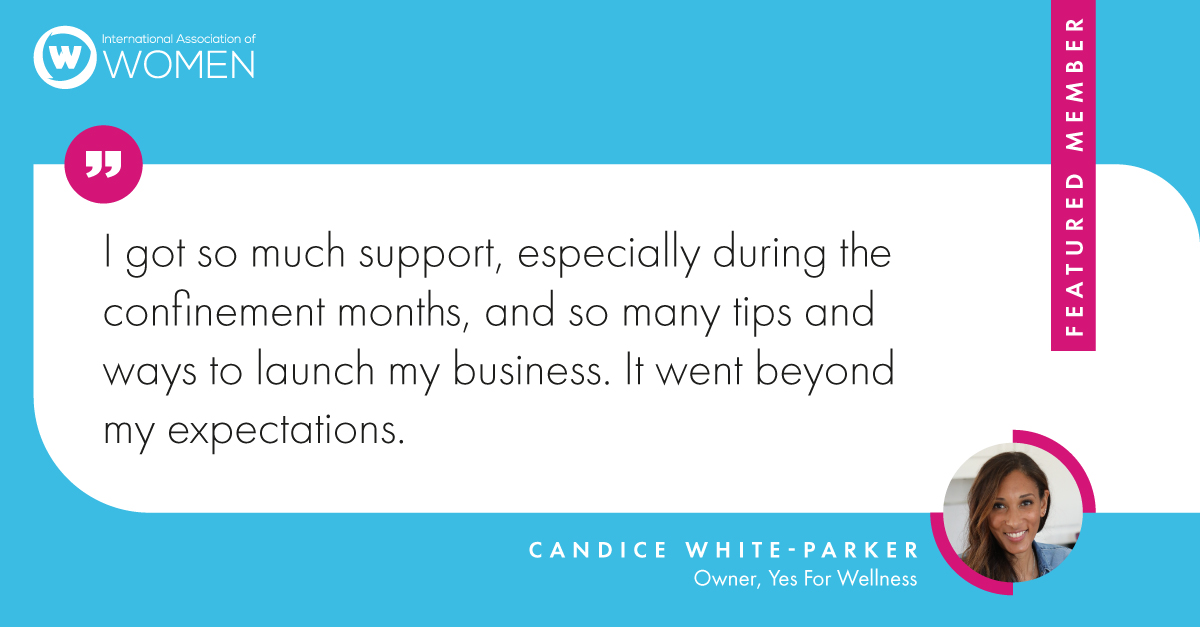 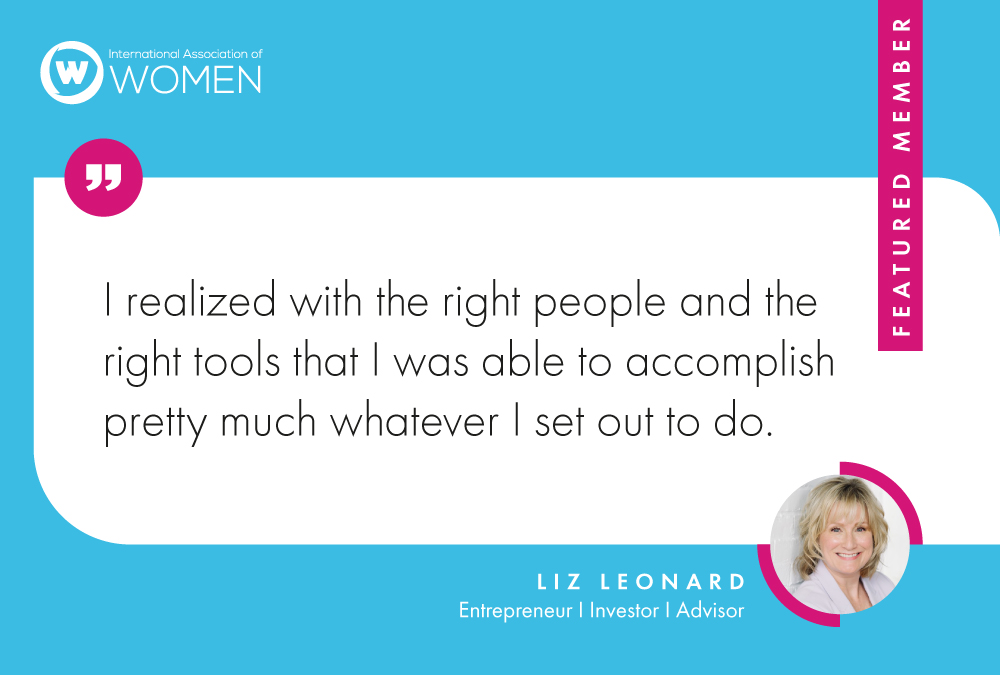 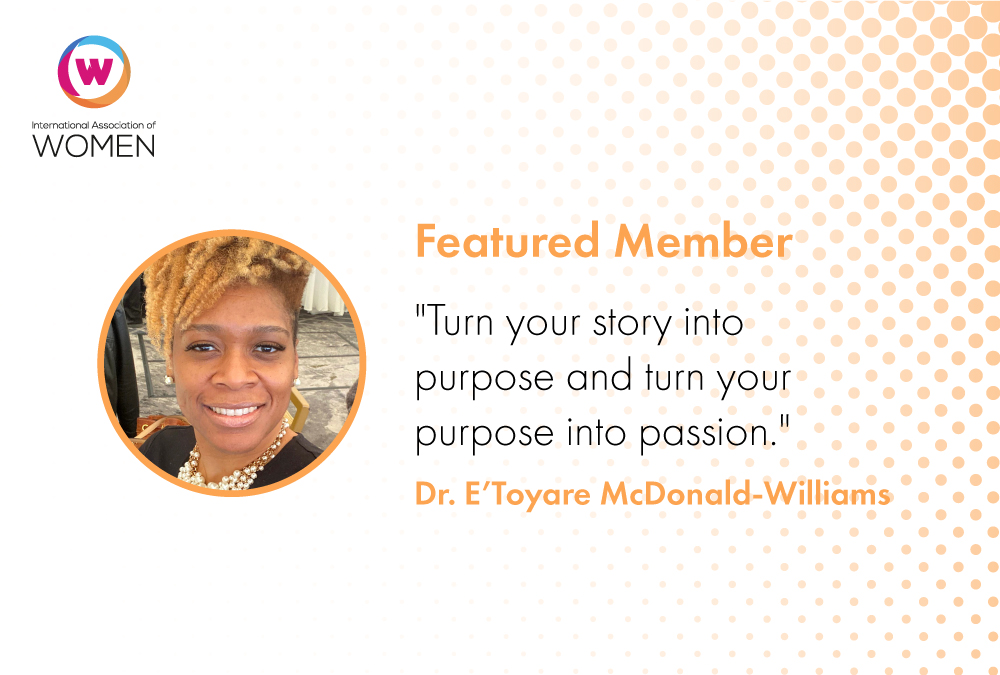