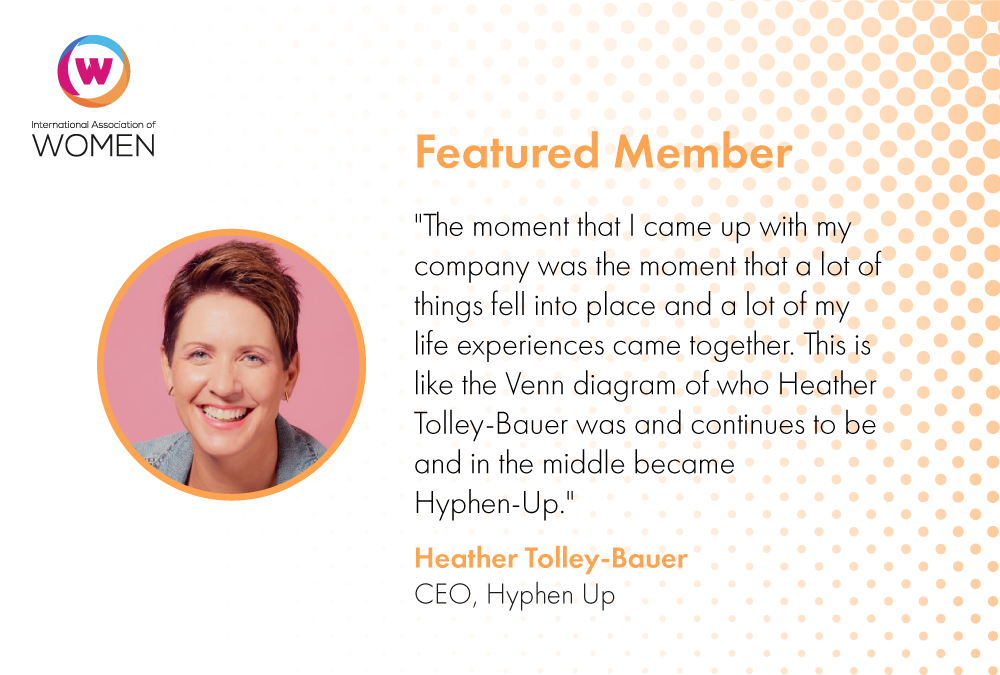 Heather Tolley-Bauer’s life is a master class in taking the road less traveled. A former PR executive turned stand-up comedian and CEO, she’s learned to embrace all of her titles, from mom and wife to CEO. Finding that alignment between all of her roles ultimately led her to start Hyphen-Up, a comedy production company. “The moment that I came up with my company was the moment that a lot of things fell into place and a lot of my life experiences came together. This is like the Venn diagram of who Heather Tolley-Bauer was and continues to be and, in the middle, became Hyphen-Up,” she says.

As much as Tolley-Bauer enjoyed her new hobby, it wasn’t without its challenges. Fighting for stage time, being the only woman in a show’s lineup, and managing comedy’s late-night hours with being a mom all led her to the creation of Hyphen-Up. “Comedy is a young person’s game, and I was not a young person,” she says. “People say, if you want to get good at comedy, do comedy. And what that means is you go to every open mic, every show. You’ve got to do multiple shows a day. You’re out 5 days a week and you’re really doing the grind, but I couldn’t do that because I had a little one at home.” Not only did creating her business allow her to enjoy stand-up comedy in a way more conducive to her home life, but it also allowed her a chance to employ women comics in a male-dominated industry.

Tolley-Bauer wasn’t always into standup comedy. When she relocated with her family to a new city, she had the chance to reinvent herself, and what started off as a new hobby, turned into a unique business opportunity. “I was in a new part of the country; I was starting over,” she says. “I decided I was going to do a bunch of new things”. A bunch of new things turned out to be only one new thing because, when she tried stand-up comedy, she realized that she was really good at it. Like most good comedians, Tolley-Bauer talks about what she knows. She writes jokes about motherhood, aging, and marriage, and when she was diagnosed with colon cancer, she talked about that too. She likes to use comedy to remind women to take care of themselves. “Comedy is a great way to say things that are hard to say and hear things that are hard to hear,” she says. People respond positively to her authenticity, and she receives a lot of encouragement.

Running a business that requires people to congregate in person during a pandemic presented a challenge for her, like so many other business owners. She spent the time she wasn’t able to perform improving the infrastructure of her business so that, when she could do in-person shows again, she would be ready. She also found ways to adapt such as corporate Zoom shows and outdoor performances. “You can’t bring the same material to a Zoom show. It has to be more conversational,” she says. She prides herself on offering her clients a completely customized show to fit their needs. Because of this, she’s able to make Zoom shows feel intimate and enjoyable.

While COVID-19 presented a unique set of challenges, she was used to pivoting in her business. She doesn’t look at having to make adjustments as a failure and maintains that women shouldn’t wait until they have it all figured out before they start. “If I would have waited until I had it all figured out, I wouldn’t be as far along,” she says. She’s had to change strategy and adjust decisions, but she doesn’t believe that you have to have a perfectly packaged product to get started.

Running a women-centric business, membership with the International Association of Women only made sense. “As a solopreneur, I’m trying to figure a lot of things out,” says Tolley-Bauer. “But it’s good to get validation from other women, learning from them, being validated by them, and hopefully to be of service to them.” She loves being around women who are so open and willing to empower others. As far as what’s next, she says she’s content making women laugh. “If I could just do comedy in a room full of women. If that’s all I ever did…I’d want to bring the laugh break to women.” 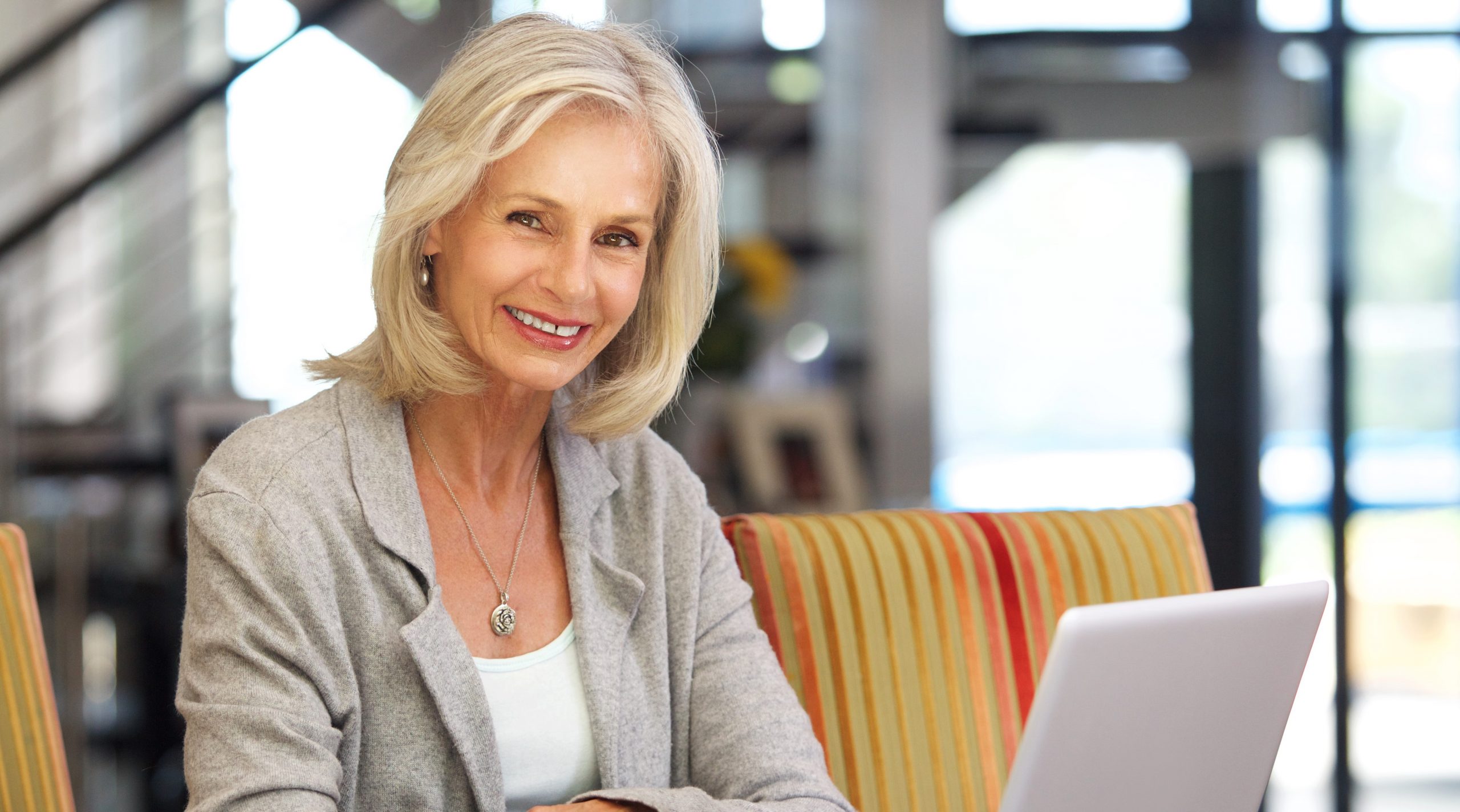 What’s a Returnship and Where Can You Find One? 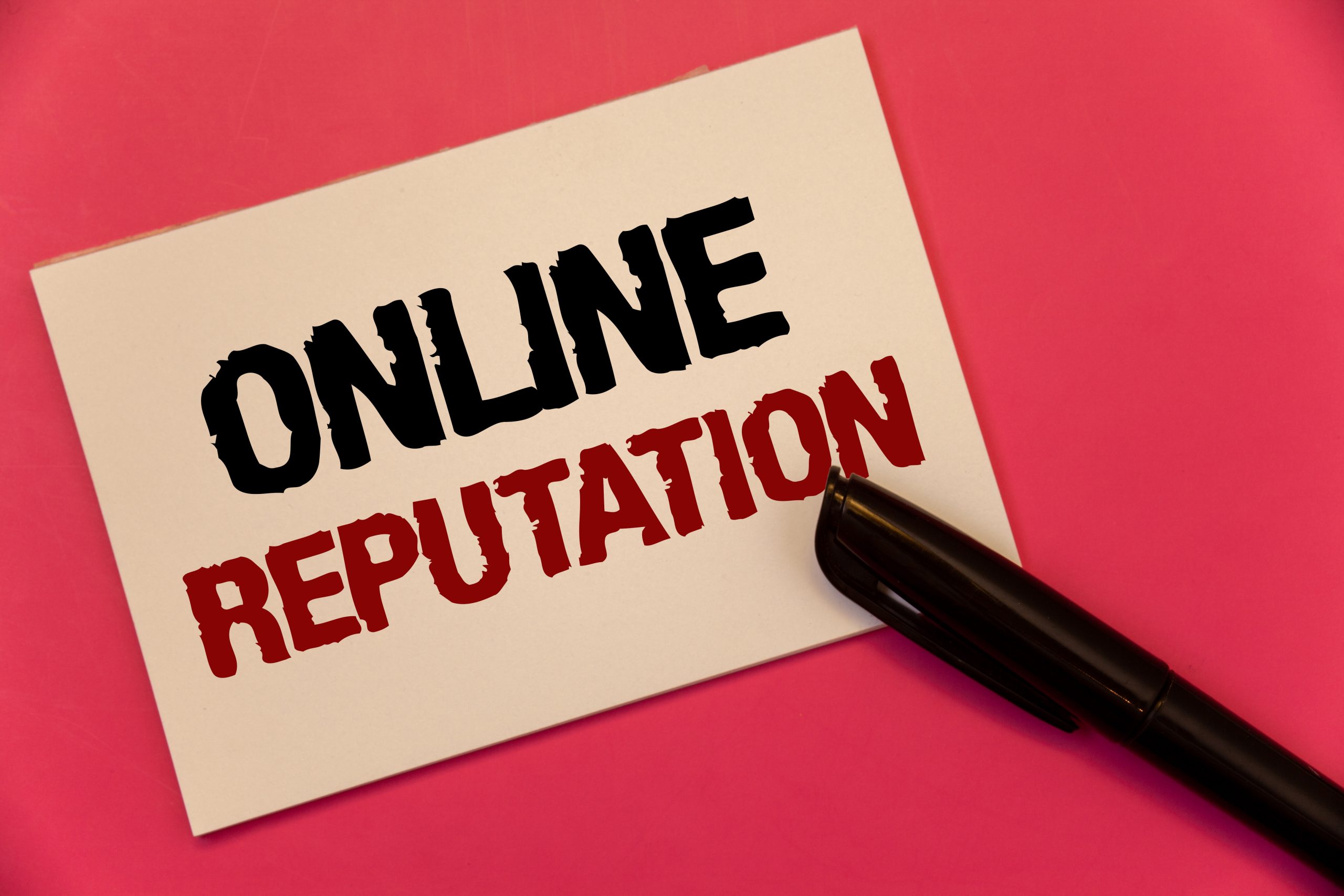 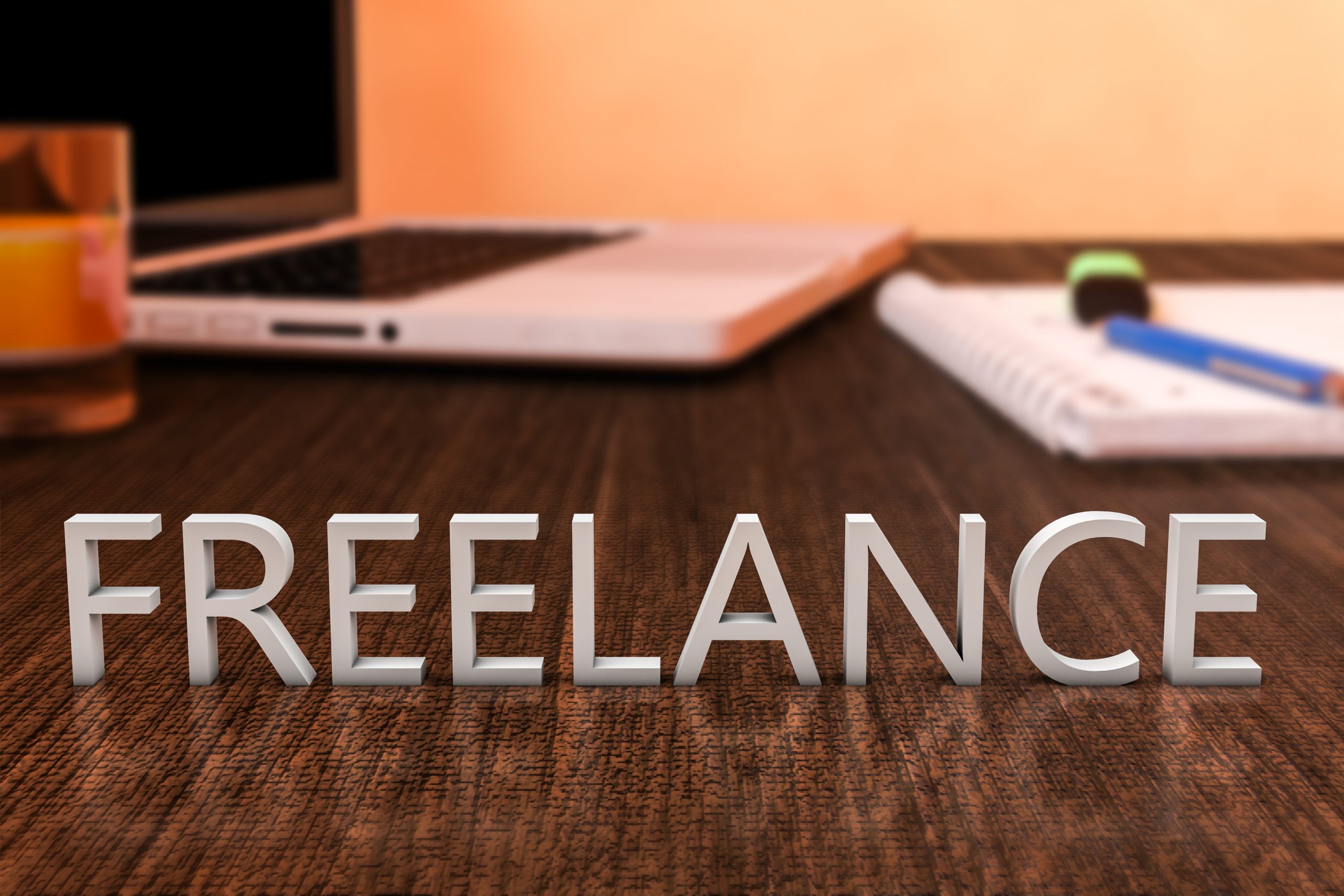 How To Find Great Freelance Talent